Me and my bestie, headed out the other night to try I place that I had randomly passed by a few weeks ago while on a picture snapping stroll of the city of lights.

I had been wandering through the 9th, clicking my camera button to my heart’s content at any-and-everything that caught my eye. And I walked past this place that winked at me out of the corner of my gaze as I passed it in a slow hurry to nowhere. I stopped, turned around and walked back the three steps I had gone beyond it’s door. I peered in the window. Nobody was there except a guy or two behind the bar. He seemed to be polishing counters and wiping down glasses. I, being the curious soul that I am, assumed they were open despite the empty tables, and I waltzed right in.

Rachid, as he later introduced himself to me, told me they were closed. But after my bright smile explanation of my second life as a blogger and a pink card whipped out at him, he let me take pictures of the very charming and fabulously decorated establishment. The lighting is industrial retro style and the walls are decked out with painted (faux) animal busts that add a wacky theme which is what drew me in initially. Great wallpaper on one side, cool coffee table books and a great understanding of what to do with the space makes this place super inviting.

But back to my intrusion… It was a Monday night, so, Rachid explained, there was no dinner service, but there was a group of people coming for a Monday night fête (which is basically their friends and friends of friends who come with their ipod playlists and hip funky attitudes to have a few drinks, some bar munchies and party because it’s Monday!) Um, I LOVE the idea! I meant to go back later after getting as many photos as I dared, but got distracted by something else. And only a couple of weeks later did I finally get back.

We arrived without reservations on a Friday night. NOT a good idea, I learned. But we had drinks at the bar and hoped that a table would clear up for us from a canceled reservation. We were in luck. Our hip and darling waitress showed us to our table on the upper level. We were among some of the first to arrive, but within minutes, we understood just how popular this place is. Within no time at all both floors were packed! PACKED!!! Every table on both the ground floor and the upper level filled up. And once we were served our burgers, we realized why. It was… um how do I describe this…. ORGASMIC! THE best burger I have had in Paris, EVER. Mine had toasted seeds on the bun, and the gorgeous fries were served in a cute little white paper bag. The coleslaw was so amaaaaazing (they put cumin spice in it) that I asked for more! And the burger was so tall we could barely figure out how to bite into it.

The crowd was mostly local, which was nice to see so many French people in an American inspired restaurant, instead of just foreigners and expats. Burgers seem to really have found a great public here in the land of foie gras and gastronomy. How ironic. But these burgers, I’m telling you, were so good, my computer is receiving drool from me just writing about them.

The owners, a small group of friends, opened Lefty just five or six months ago. They wanted a friendly place, and they certainly have succeeded in creating such an informal and delightful atmosphere. It takes to stress out of dining out in Paris. The place has a loft feel to it, like you could easily be somewhere in Brooklyn, and the menu is fun and lighthearted American inspired fare. But you don’t have to be a die hard Stars and Stripes fan to feel at home here. We met a fabulous couple next to us, who has awesome Eiffel Tower tattoos on their wrists. These are French Parisians mind you. I was thrilled to meet other French Parisians (other than my bestie) who are just as mad about Paris as I am!

Rachid hooked us up with a coupe de champagne before we headed back out into the Monday night chill.

I am definitely going back. 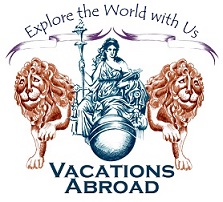