Despite the recent rainy weather, the occasional blossom and warmer temperatures are all tell-tale signs that (dare we say it?) spring is in the air!

Whether you’re craving some fresh air or you’d rather stay indoors, here’s our round up of some of the fabulous stuff going on in the capital this month.

Traditionally known as the ‘Promenade du Bœuf-Gras’, this year marks the 17th edition of the annual pre-lent celebration. Join the thousands of men and women for this colorful parade around the city. Starting at 2:30pm outside the Gambetta Metro station, the four-hour parade will end at the Place de la Republique – where the festivities will continue. This year’s theme is fairies, trolls and company – so dress accordingly! Get the full route here: http://www.carnaval-paris.org/

International Women’s Day might be a good day to be female in Paris, but it’s an even better night. Women can get a complimentary rose at 450 different restaurants and bars throughout the capital to celebrate the occasion. For participating establishments, have a look here: http://www.sortiraparis.com/loisirs/guides/50336-la-journee-de-la-femme-a-paris Amusez-vous!

Hermès, the famous luxury brand, started out in the 19th century making harnesses for horse drawn carraiges in Paris? True to their roots, they host a yearly event that is as impressive as it is equestrian. A world renowned horse jumping competitionfor the past five years, where the crème de la crème of caveliers ride for the hefty prizes and the Birkin toting elite watch and applaud. Spend a day at the horse show and you just may feel a bit more integrated in the Parisian way of life. It’s posh darlings… Tickets can be purchased here or at the door. See our previous post on the Saut Hermès event.

What’s one of the best parts about spring in Paris? For fellow film fiends, it’s The Spring Film Festival, of course. The three-day event (organised by the National Federation of French Cinemas) allows you to watch a variety of French and international flicks for €3.50 a pop at participating picture houses around the city. With more than 65 different ones to choose from, this year marks the 15th annual Printemps du Cinéma. For more information, check out the official site here: http://www.printempsducinema.com/ 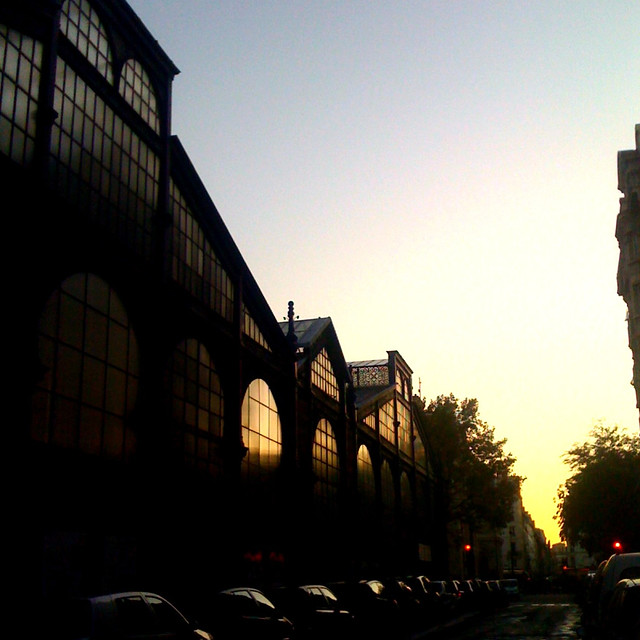 Attention art-lovers! For more than 85 galleries of contemporary drawings from 400 different artists, this five-day event is not to be missed. Also known as Le Salon du Dessin Contemporain, this year will mark the 8th year of Europe’s first modern art fair. Works will be showcased throughout two different venues – Carreau du Temple and Commines Space in the Marais. For more information, check out the official site here: www.drawingnowparis.com/

Also known as the Feast of Washerwomen, this Parisian parade is another old-school custom to celebrate Lent. The five-hour carnival will commence from Place du Châtelet at 1pm on the day where you’ll stroll through some of Paris’s most historic sites. Originally led by the city’s laundresses, as the tradition goes, a queen of the festival will be crowned and women (and men!) are both encouraged to dress up as one too. The flashier, the better so don’t hold back!

For great deals on trips to Paris in March, visit http://www.holidaydiscountcentre.co.uk.

5 thoughts on “Why Visit Paris this March”