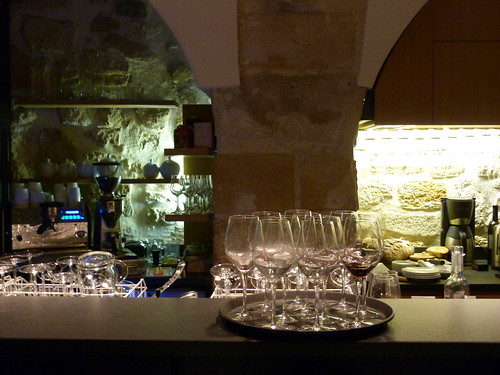 I probably would never have treated myself to such an extravagant meal had it not been for my very good friend, Alana, who is also a connoisseur of fine cuisine and has a palate that would challenge most of the well-known food critics out there (whomever they are). We wanted to have a girls’ dinner out and wanted something that screamed “indulgence” but did not want to skimp on food quality. Not an easy feat with my dairy intolerance. so when I called up Spring and asked them if they could accommodate someone with a dairy allergy, and they said “oui” I squeaked with such joy, Alana told me I sounded like I had won the lottery. I NEVER would have EVER thought that such a posh restaurant would be willing to modify their whole menu just so I could eat there. (I later found out one of the reasons why they were so willing to accommodate).