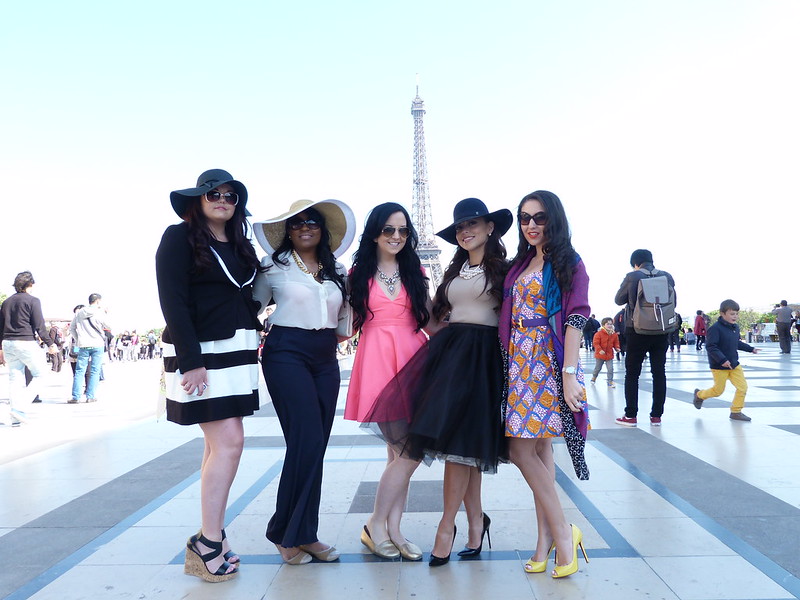 I was strolling by the Eiffel Tower and Trocadéro the other day, and saw this lovely little group of young American women, all primped up and ready for their photo shoot in Paris. I couldn’t resist, and asked their permission to take a few shots. After annoying them for a couple minutes as I snapped a few images, I left a card with one of them, and tossed a cheery thank you as I sauntered off. I hope they had a delightful time being immortalized in their fashionable best in front of the iron lady. END_OF_DOCUMENT_TOKEN_TO_BE_REPLACED

I LOVE PARIS IN APRIL

END_OF_DOCUMENT_TOKEN_TO_BE_REPLACED

And what is it that they want? Well, at the moment it is a Yves Saint Laurent frock, gown, garment, glove…anything.

The artist who disappeared from this world in 2008 is not to be easily forgotten. Madame Carla Bruni-Sarkozy has teamed up with the Petit Palais and the Foundation of Pierre Bergé-Yves Saint Laurant (Pierre Bergé was Yves life partner), to create a special homage to the man who understood the grace of the female body better than most women do.

The exposition which was opened in March, will be coming to a close soon on the 29th of August. I suggest you go as quickly as possible to see this stunning spectacle of fashion, artistry and pure genius.

YSL was a master of using texture, shapes, lines, colors and movement in his work, and this display shows about 300 pieces of his haute couture work, as well as photographs and film. Sometimes shocking, often innovative and always the emblem of elegance Yves creations will forever remain works of art.

YSL, started at the age of 19 as Christian Dior’s assistant modéliste .

He then took over the maison when Dior passed two years later. In 1961 his own maison is created YSL, under the guidance of Pierre Bergé, and Yves went on to revolutionize fashion for decades.

The exposition has a well thought out scenographie, and you flow through the rooms as if on air, passing in front of one gorgeous piece to the next, with each one calling out to you to touch (which is not allowed), so you feel them with your gaze. All those folds of taffeta, tweed, silk, satin, velvet, tulle, lace and embroidery are enough to drive a lady mad, or ecstatic, or both. You exit feeling as if you have wings, or are wearing a silk gown… same thing.